When it comes to firearms, some names elicit a greater amount of responses than others. But this isn’t just about the brand a person relies on – it’s about the type of firearm as well.

Despite some concerns about their use and ownership, the AR-15 remains a staple of the gun community. It’s capacity, firepower, and reliability make it a popular choice for both home defense and for performance at the local gun range.

The AR-15 packs more potential than the pistol, the standard rifle, and even the shotgun in some regards. Because of the popularity of these weapons, many manufacturers have created similar-styled rifles and garnered a great reputation among gun buyers for doing so.

Since there are so many options out there, price is a factor as well. Which is the best AR-15 for the money? Which features are worth it, and which ones add more cost without an equal return on investment? We’ve compiled a list of the top 15 best AR-15 firearms for the money.

How We Choose Our Scores 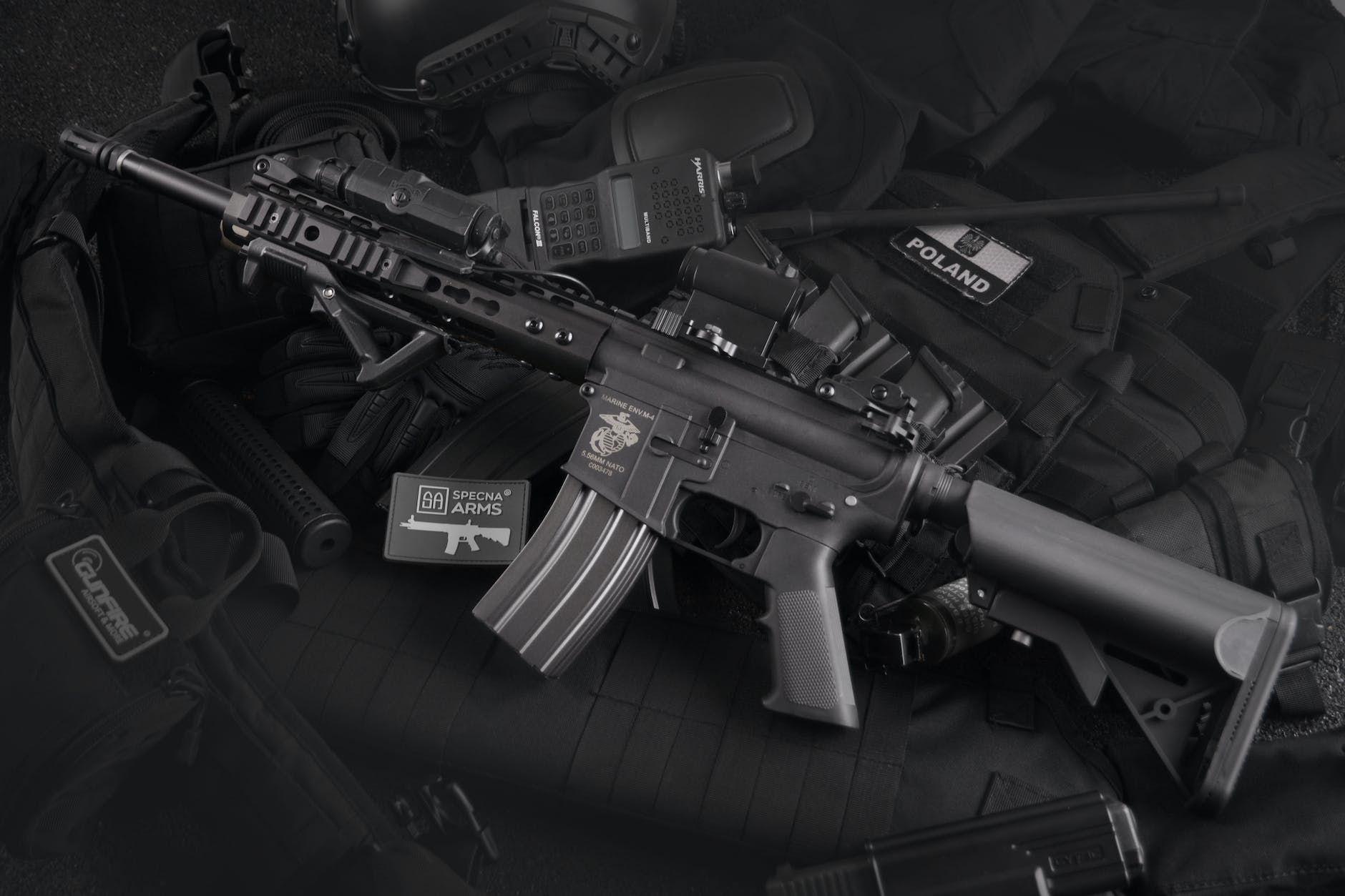 What goes into determining which entry on this list is the best AR-15 for the money? The best way to rate a gun in relation to its price is to determine which features matter most and which offering combines those features for the best rate.

There’s performance, handling, longevity, capacity, and even customization to take into account when rating the guns on their specs alone. But even beyond that, we consider the reputation of their manufacturers, how well the guns have held up over time, and even their ratings.

The feedback a gun has received from those who have used and tested it in action serves as one of the biggest determining factors for its cost-efficiency. It’s also important to remember prices can change quickly in the gun community and vary greatly depending on where the weapon is purchased and from what type of organization.

Considering that exact price amounts can sometimes be unreliable, these picks are made based off the best guns in terms of features and feedback in a normal AR-15 price range. Here are our picks for the best AR-15 rifles for the money.

Which is the Best AR-15 Rifle?

Ruger is a popular name among rifle owners, especially those who prefer the AR-15 variety. The SR-566 Carbine is a great AR-15 for defense and competitive shooting applications alike. It has a dual-piston system and a lightweight adjustable handguard for reduced recoil and better control during continuous fire. The synthetic, collapsible stock offers even more stability for improved performance.

A great gun for those who want a dependable, comfortable AR-15, the SR-556 remains one of the best guns of its kind. It’s light and stylish, but most of all it gets the job done and delivers in terms of performance in the field or the range.

As the name suggests, this gun was built for performance where it counts. Rock River knows what competitive shooters like, and their guns are so robust they’re even used by some government agencies. This model comes with an 18-inch stainless steel barrel and two-state trigger with winter-style guard. It has exceptional accuracy thanks to features like the free-floating handguard and the A2 buttstock.

​Rock River’s LAR-15 R3 has earned the admiration of competitive shooters and law enforcement alike. With features set up to make shooting with accuracy easier, this gun is a great choice for those who want firepower and control in their AR-15. 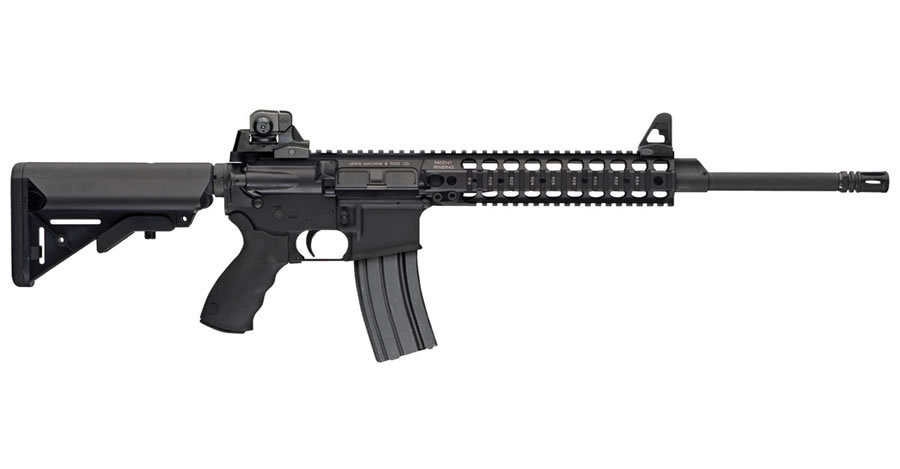 This gun has a 16-inch chrome-lined barrel that looks great and helps with accuracy thanks to the mounted tactical front and rear sights. It comes with a SOPMOD buttstock and adjustable handle. This weapon has a 30-round magazine and push-button swivels, as well as a standard trigger group design.

​This weapon from LMT is a great choice for longtime AR-15 fans and those who are buying one for the first time. It has the fundamental features any semi-auto rifle should have and is easy to service thanks to straight-forward design choices.

When Marty Daniel couldn’t find commercial components for his M16, a new player in the AR-15 community was born. Daniel’s DDM4 has a sturdy body and the athletic design of a sport rifle, but a buttstock and pistol grip designed for stability and comfort even during sequences of quick fire. Durable polymer construction helps this weapon provide years of reliable use.

The DDM4V9 is a powerful gun that shows how ingenuity and creativity can benefit the firearms community. From a sleek and reliable design to comfort-focused features, this Daniel Defense AR-15 has it all.

Though it may not have the same type of name as some other guns on this list, that can help in terms of affordability. While the Windham Weaponry CDI may be cheaper than many AR-15 style rifles, it isn’t lacking in features. It has a robust and balanced construction that mixes looks and durability. Add a stylish flip-up front sight and flash suppressor, and it’s easy to see why this model is so popular.

The Windham is an affordable and sleek choice for anyone who wants an AR-15. It has the firepower, specs, and durable design to provide years of defense or shooting range performance.

Boasting the distinction of making and designing their guns in America, DPMS is a well-known manufacturer. Their AR-15 TPR features a bead-blasted barrel and a modular handguard, both of which help with accuracy. It has a B5 Sopmod stock and can provide comfortable firing even at high speeds.

DPMS offers sturdy, reliable, American-made AR-15s and this one is a great solution. It helps deliver great performance with comfort and accuracy every time the user pulls the trigger.

Used by everyone from competitive shooters on the range to soldiers fighting terrorists, the Stag Arms Model T2 is made from sturdy aluminum material that helps with both its stability during fire and its longevity. From its reinforced stock to the tip of its 16-inch chrome barrel, this weapon offers looks and functionality.

When it’s good enough for the armed forces, it says a lot – this rifle delivers in all areas. Looks, performance, and reliability, this model has it all.

This modular carbine has a 16-inch barrel and four rail free-floating fore end. It has rail sights for scopes and other accessories, as well as modified rubber grips for added protection and shooting stability. There’s also a detachable flip-up sight to help with accuracy during defense and shooting range competition.

The Bushmaster offers everything people want in a carbine. It has sleek looks, performance-based features, and all the popular add-ons a shooting enthusiast could ask for.

Hunting? Defense? Competition? S&W’s M&P 15 VTAC II is great in all of these applications. The barrel is resistant to corrosion and the aluminum frame can hold up well through years of use. It has a low profile and convenient sight mounts, as well as a TRX handguard with 2-point tactical sling.

S&W offers a great all-around AR-15 for the money, giving users everything they need in a long-term investment with comfort and upgradability in mind.

This model from Colt has proven worthy in the battlefields and warzones, and therefore any gun owner who wants power, capacity, and control should consider it. It has a rail interface system that makes modifications and sight installation easy. Combined with a flash hider and reversible selector switch, it has all the features of a high-quality AR-15.

It’s designed for performance and built for longevity. This is one of the more affordable AR-15s on the market built for accuracy and customization. 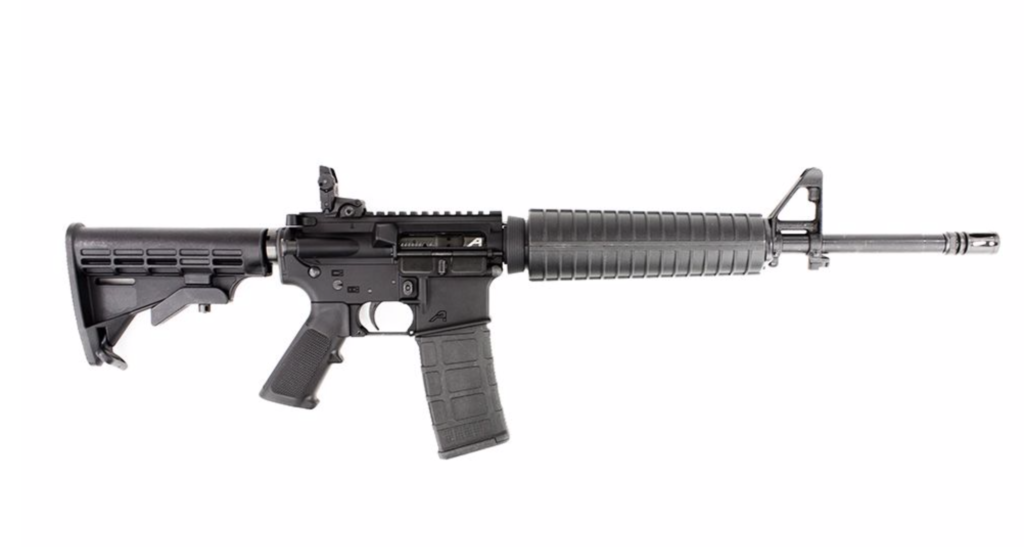 This rifle is a handsome one, from its tactical stock to its steel barrel. With stylish steel sights and a durable polymer grip, it offers everything a shooter could want from accuracy to comfort whether they’re on the range or in the heat of battle.

This weapon may not have as big a name as some others on this list, but it has all the bells and whistles an AR-15 style gun should have combined with durable construction.

This lightweight carbine is tailored toward the front line, and it’s more than enough as a defense weapon. It has an eighteen-inch barrel and a durable design coupled with ergonomic construction for fast firing without sacrificing accuracy.

It looks the part with a sleek design free of unnecessary attachments. It also has a design that can benefit new AR-15 owners and those who have high standards from previous use.

This model from Bravo Company is built for superior handling. It has a lightweight and compact design for its class and also comes with comfortable grips and accurate sights. The chrome-lined barrel resists corrosion while lending a sleek aesthetic touch to this well-rounded gun.

Bravo is right – this gun is worthy of applause, as it provides an affordable and reliable AR-15 capable of being modified and providing a lot of firepower at the same time.

This weapon lives up to its name in a way, as it wouldn’t look out of place in a Predator movie or similar universe. Built for heavy-duty use, its fierce looks only tell part of the story. It has a colored, reinforced stock for added shooting comfort and accuracy. Coupled with a lightweight design, it makes it easy to handle and helps with performance.

From the tough name to the tough appearance, this gun offers a lot on the surface. It isn’t lacking in features either and is both lightweight and affordable enough for new shooters looking for the best AR-15 for the money.

This weapon proves that SIG is known for more than just pistols. Their rifles offer a lot of the same perks, though – they’re light but durable, basic but high-performing, and of course affordable. This model has great preinstalled sights for accuracy and quality right out of the box.​

This gun has everything an AR-15 style rifle should. It’s sleek, lightweight, and designed for accurate use whether the user is defending their country or defending their home.

Buyer’s Guide: What’s the Best AR-15 for the Money?

These are some of the best guns in the AR-15 class, with most being priced at around $ depending on the applicable sales or discounts and of course the location where they’re purchased.

The best way for buyers to find the right AR-15 for them is to consider, along with their budget, which features mean the most to them. Some people value looks or look for anti-corrosion features because they want to take their gun to outdoor ranges.

Others look for steadier handling through ergonomic designs and grip accessories. Not all rifles come with these features, so it is wise to check through prospective buys and even test them before making a purchase.

AR-15 owners know they have a way to protect themselves in bad situations. These guns may intimidate some people –  but going for models that have received good reviews and proved reliable means a person can feel more relaxed about the weapon they use.

This sense of calmness makes it easier to use the weapon more accurately and can even help take some of the edge off during the buying process. Buyers should look at what they want in an AR-15 then consider their options alongside prices and reviews to help them find the best option.