Hunting is widely gaining popularity as adventure sports and is widely persuaded now by people of all age groups. In most of the cases, the hunters will tell you that a lot more than selecting the best rifles that suits their personal choice and style goes into shooting the prized game that they are usually after on any hunting expedition. While most of the hunting outfitters will just tell you which caliber rifles to use to shoot a particular prey, they usually do not bother enough to let you learn the art of choosing the right caliber for a particular game.

In most of the cases, the hunter learns this art over time with experience and by learning along with peers from his own mistakes and by his peers. Nevertheless, it is extremely important to know the right choice of caliber for different game animals.

If you are thinking that there is some hard and fast rule to mug up or understand, you will have to be disappointed. Though there is no hard and fast rule, things can yet be generalized. Yet if you had hard time selecting the right rifle for you or buying one for your teen age child, then selecting the right caliber of cartridges can give you a headache. This is not just because there is not hard and fast rule, but also because sometimes the choice of the right caliber of the cartridge also confuses those who are now in hunting business for years. It is also so because most of the times it is not just the knowledge of the cartridge caliber which is required to choose the right cartridge, but also the knowledge of the gun powder used and the length of the bullet. A perfect shot required to kill the prey in just one shot thus requires the right rifle, right cartridge, right amount of concentration and perfect timing, which can only be achieved after you expertise in the art of shooting. 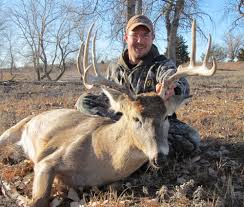 Most of the manufactures of the cartridges also specify the size of the bullet it encases, that is its length. Along with it the manufactures also specify the type of charge that is used, which tell about the type of gun powder used. All this when considered at a time will give you an idea about the effective range and accuracy of the bullet, and also the potential harm that it can cause when shot.

Now not all cartridges can be used with all the rifles. Thus, it is also important to know well in advance which all calibers of cartridges your gun will support or it can effectively shoot of. Once you know the basics and have good knowledge and experience about cartridges of various calibers, you can easily go ahead in choosing the best for you.

Mentioned below are though certain tips which can help you decide the caliber of the cartridge that you should use to hunt down your favourite game animals: 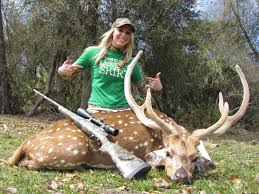 It is important to note that usually greater the calibre, greater is the range of the bullet also. Also, the bullets with the long range offers greater recoil to the shooter’s arms and shoulders and require much more practice to shoot. So, if you planning to go for a hunting expedition, ensure that you have the right kind or cartridge along with you which has the potential to kill the prey you desire to hunt on the expedition.

Previous Post: « 3 Reasons to Buy a Crosman Nitro Venom Air Rifle
Next Post: Hunting- tips and tricks for you »