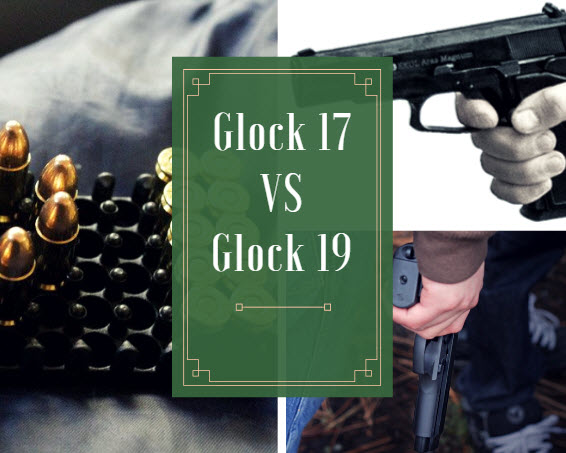 The Glock is one of the most popular handguns in the world. And that’s a miracle seeing as it was designed by a man who had no prior experience in gun making. That man was Austrian Gaston Glock and he was answering the Austrian government’s call for a reliable handgun for security forces post World War 2. That was in 1980, the birth year of the Glock 17 and 6 years later its little brother, the Glock 19 was released.

Hence, a battle as epic as the biblical story of Cain and Abel was born – brother against brother. Only this time, it is Glock 17 vs 19, and this time neither brother kills the other as you will soon see.

So in this battle of Glock 17 vs 19, which emerges the winner? Are the differences really an issue? Well, let’s find out, shall we?

To best understand the differences and similarities between the Glock 17 and the Glock 19, you will have to have an understanding of the 2 pistol’s specifications. Here is a chart below to give you a quick side by side glance at the two guns.

Got that? Good, let’s go a bit deeper into our comparison.

When people debate about which is better between the Glock 17 and the Glock 19, one thing they forget is that the two guns are basically the same gun with subtle differences. But that being said, there are some differences that fuel this debate and they are worthy to be looked at under a microscope. Fortunately, I do have one.

The biggest noticeable difference between the Glock 17 and 19 is their size – the Glock 17 is longer and taller than the Glock 19. Because of this, their weights will automatically differ with the G17 coming in at 25.06oz unloaded while the G19 weighs in at 23.65oz unloaded.

The difference in size and weight gives the Glock 19 an advantage over the Glock 17 when it comes to concealed carry as it is the smaller of the two pistols. 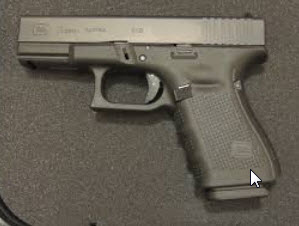 If there is one thing that matters a lot when comparing two guns it’s the way they handle. In dire situations, handling can make the difference between life and death.

When it comes to comparing the way these two guns handle, it boils down to the size of your hands. Being bigger, the Glock 17 fares better with people with bigger hands and likewise if you have small hands you will find it easier to hold and use the Glock 19.

That being said though, both guns are very easy to use and handle for you no matter the size of your hands. It will come down to preference at the end of the day, whether you like having a “big” gun or a smaller one that packs the same punch. 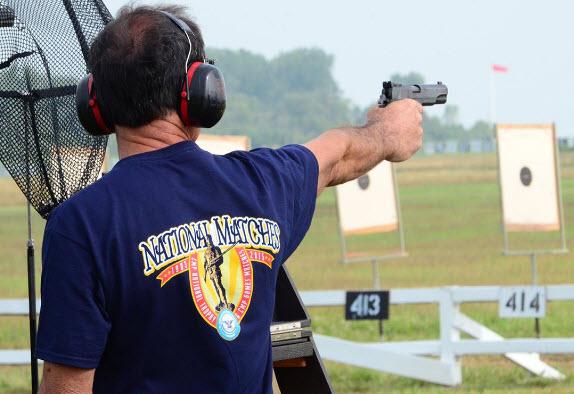 When looking at performance, the two main criteria are accuracy and recoil. And truth be told, there isn’t much of a difference in these two respects between these two guns. The differences in size are too small to make any distinguishable difference when it comes to recoil. As for accuracy, it’s all up to your skill as the ½ inch difference in barrel length is too minuscule to register any difference.

When you take a look at recoil, there isn’t too much of a difference between the Glock 17 vs 19. However, this is subjective. There is a term called felt recoil, which is the recoil force that the shooter perceives.

Felt recoil is subjective, as some people will find recoil to be moderate, others will find it harsh, and some will find it light — all while shooting the same round from the same firearm.

But, what affects recoil? Gun mass, barrel length, weight distribution, and more are all factors that go into recoil of a gun. When you take a look at these factors, there is not much of a true difference between the two guns in terms of recoil. The Glock 19 is less than 1.5 ounces lighter than the 17, and its barrel is only about 0.5 inches shorter.

The Glock 19 may have a tiny bit more recoil, but won’t be much. Both firearms are relatively well-known as being incredibly easy to shoot for most people.

Logic may tell you that since the G19 is the smaller of the two guns, it should be cheaper. But logic doesn’t always work my friend. Both the Glock 17 and 19 cost the same price. Technically, this makes them the same gun. What say you?