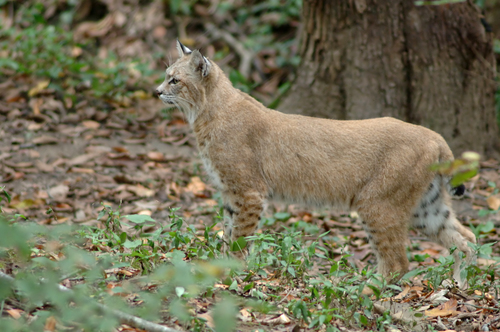 Do you love hunting with a strategy? Are you interested in hunting animals which are really very hard to hunt? May be your quest is hunting bobcats! It may prove a very challenging and difficult task to hunt bobcats. They are very sharp and quick predators. However to hunt bobcats, like any other predator, you have to first understand what bobcats are and how they behave.

Bobcats are mammals that belong to the cat families. They are also known as the Wildcats. They are double sized than the ordinary cats.They have large paws, long legs, and tufted ears. Mostly they are brown or brownish red colored with white underbelly and black-tipped short tail.They are known as bobcats because of their tail, which resembles cut or ‘bobbed’.

The bobcat is a solitary animal. It is rarely seen by humans because of being elusive and nocturnal. However, bobcats are mostly found in North America. They have adapted themselves to live in diverse places, such as forests, deserts, swamps, and even suburban areas.

The bobcat is a fierce hunter and can kill prey much bigger than itself. However, it mostly eats rabbits, mice, birds, squirrels, and some other smaller animals. Bobcat hunts in stealth. It chases its prey silently and then delivers a deathblow through a leaping pounce than may cover more than 10 feet.

You need to find a bobcat where you are sure, there will be a bobcat. As said, bobcats have adapted themselves to survive in any situation, they can be found anywhere. However, to confirm the presence of bobcats you need to consider a number of things, discussed as under:

Bobcats have lesser weight large feet. Their toes are also softer than fox and coyotes and the claws are retracted. Thus, their feet do not leave track marks, unless the ground is a bit softer. The soft ground may make the track vague because of footsteps of other predators.

If you want to make sure the existence of a bobcat through its scat, it may be a very difficult thing to do. Scat will be difficult to distinguish from that of coyote and fox, because they eat much of the similar things. However, the shape of scat may be distinct. Bobcat scat looks like 2 – 3 inch sausage shaped turd which is connected by hair (casing). Once you find a bobcat’s scat, search for more. The bobcats normally have what we call a toilet. They specify this place as toilets and use regularly, which is an important indicator of the existence of bobcat.

Bobcats can stay unmoved for even hours. Therefore, they are really hard to trace. So, being patient is advised.

Now we know pretty much about bobcats and how to locate them. Now it is the time to learn, how to call them. So that they may come out in search for the prey and you can hunt it. Another thing must be considered here. Calling bobcat does not mean seeing the bobcat. You may be calling bobcat and it is responding to your call too by searching for you. However, you may not see it too. So don’t believe that your call was wasted or did not work. You need to call continuously assuming that you are being listened and responded until you become successful in seeing a bobcat.

Do consider the following things to call a bobcat:

Some Best Tactics to Call Bobcats:

You may have a partner, accompanying you. Their call may prove more successful than the individual’s. While calling the bobcats, cover yourself in such a place where you can see a large area. Stay motionless while making calls. This approach has been the best to call many bobcats and attract their attention.

The hardest part of the entire hunting process of bobcats is done when you find and see the bobcats.Now it is the time to shoot the bobcat. Be careful, as bobcats are really very quick and sharp. Do not let it come very close to you. Use some riffles to hunt the bobcat, as rifles are the best to hunt non-birds animal.